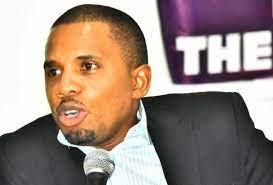 But the claim is FALSE.

This claim comes after Dr Ismaila Ceesay failed to make it into the list of six (6) candidates contesting in the presidential elections despite an earlier court ruling in his favour.

Ceesay is one of 15 candidates that were rejected by the Independent Electoral Commission for not meeting nomination qualifications.

“He has not complied with S. 42 (2) (a) in that, in Banjul Administrative Area, he submitted the support of nomination by less than two hundred registered voters, as opposed to the legal requirement that a candidate for election to the office of President shall be nominated in the prescribed Form 1 Part A of the Fourth Schedule by not less than five thousand voters whose names appear in the register of voters, with at least two hundred voters from each Administrative Area.” The IEC stated as reasons for disqualifying CA.

A high court judge ordered IEC to accept a fresh application from CA but the electoral body decided to appeal against that decision.

“CA remains resolute in its stance to not endorse any presidential candidate as highlighted in our latest press release. Nothing has changed so do not fall for the cheap politics being played out of desperation. We are CA,” the spokesperson for CA, Nenneh Freda Gomez stated in a Facebook live feed on the party’s page.

The claim that Citizens’ Alliance has endorsed President Barrow’s NPP is FALSE.