FactCheck Gambia
Home Politics Election2021 FactSheet: Find out what was contained in the Peace Agreement signed by... 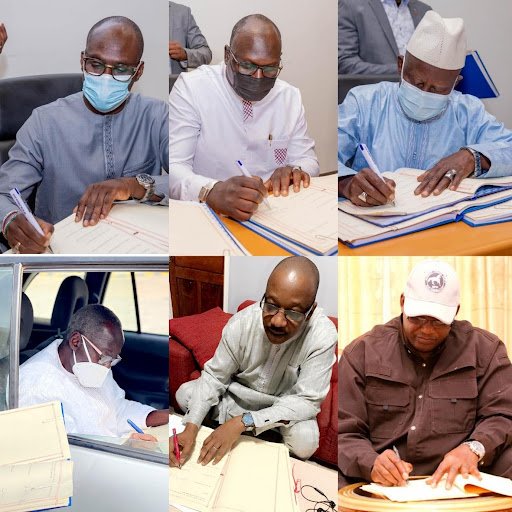 Ahead of Gambia’s presidential election, President Adama Barrow and the five other contesting candidates signed a code of conduct to guide their campaigns and address eventualities after the polls.

Following the refusal of 3 of the presidential hopefuls to accept the outcome of the polls as announced by the Independent Electoral Commission and the ensuing tension, the commitment of the candidates to the code of conduct has been brought into sharp focus.

Here is a factsheet detailing the various sections of the code of conduct.

The tweet below should be embedded in the story.

TOWARDS PEACEFUL PRESIDENTIAL ELECTIONS IN THE GAMBIA:

CODE OF CONDUCT FOR CANDIDATES

This Code of Conduct is adopted at The Sir Dawda Kairaba Jawara International Conference Centre, The Gambia, on 11th November 2021.

Fact Sheet: Did President Barrow Construct Over 600km of Paved Roads in 5 Years? No.