FactCheck Gambia
Home Fact-Check Factsheet: Gambia’s Debt to GDP Ratio Has Declined, But Does it Mean... 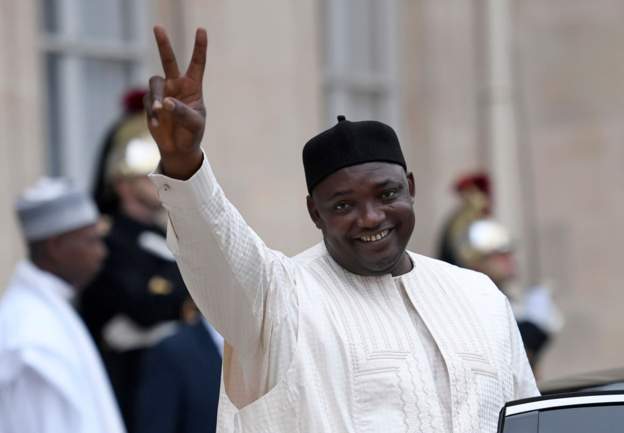 In his recent interview with the State of Affairs television programme on QTV, the Gambian leader Adama Barrow suggested his government has managed the country’s debt well by reducing it.

“Our debt to GDP used to be 120%. Today, it is around 77%,” said President Barrow as he recounts his achievements.

But after the regime change in 2017, the government of Adama Barrow rebased the GDP, which led to a revision of the growth figures upwards from 3.5 percent to 4.6 percent in 2017. Rebasing of GDP means replacing the old base year used for compiling the GDP with a new, more recent, base year for computing the constant price estimates.

Hence, the increase in GDP brought the debt to GDP ratio down to 88%. This further declined, according to statistics from the International Monetary Fund (IMF) to 77%.

However, the actual debt (in numbers) inherited by President Adama Barrow did not decrease. Instead, it increased.

The Finance Ministry’s debt bulletin published on their website recorded D79.9 billion as the country’s outstanding debt as of June.

Actual debt has increased under President Barrow from D58 billion to 80.6 billion as of June this year.

The reduction in Gambia’s debt to GDP ratio from 120% to 77.2% was due to the rebasing of the GDP and not because the current government has not been borrowing.

Source: Central Bank of the Gambia.

FACT-CHECK: Did Adama Barrow Cut Power Cuts from 19 to 3 Times a Day in His First Term?