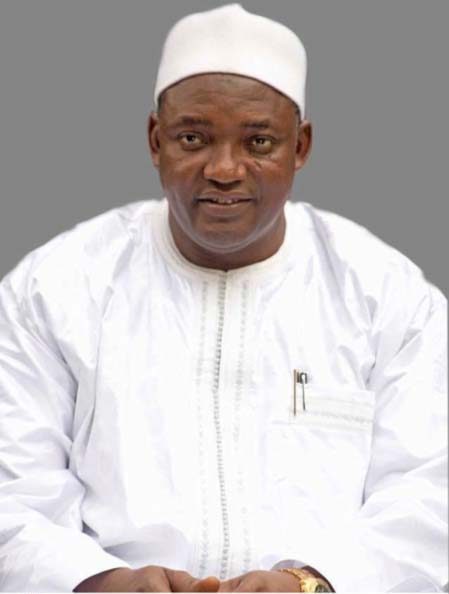 Claim: Essa Faal was being paid D500, 000 a month as lead counsel of the Truth, Reconciliation and Reparations Commission (TRRC).

At a rally at the Buffer Zone in Tallinding, the incumbent president Adama Barrow has launched a personal tirade against Essa Faal, a presidential candidate and former lead counsel of the TRRC.

In a widely circulated video, Barrow accused Faal of using the Commission as a launchpad for his political career. “He (Essa Faal) has benefited from the Commission but he did not do well for the victims. The salary he was being paid was more than mine. His salary was five hundred thousand Dalasi (GMD500,000) a month. My salary is two hundred thousand (GMD200,000),” said Barrow.

Faal was lead counsel of TRRC from October 2018 to August 2021. During this time, he was on a salary of one hundred thousand Dalasis (D100,000) per month —the same pay level with the 11 commissioners. However, in 2020, ten thousand Dalasis (D10,000) transport allowance was added to Faal’s monthly salary thus peaking at D110,000 per month.

A few days ago, Malagen published that the former lead counsel was paying D24,083 in tax (pay as you earn) on his earnings at the Commission.

When contacted, Faal said: “That is correct, I was being paid D110, 000…” Faal also revealed his salary in an interview with The Standard newspaper. A former senior official at the Justice Ministry familiar with Faal’s hiring also confirmed his salary of D110, 000 per month.

Barrow may have confused the pay for Amie Bensouda and Co, the former lead counsel of Janneh Commission, who was reportedly paid D500, 000 in her first three months in office before she agreed to a reduction to an unspecified amount.

Faal, running as an independent candidate, is one of six contesting for the country’s top job. Gambians will vote on December 4 to elect a president in the first post Jammeh presidential election.

Claim: Ministry of Basic and secondary education (MOBSE) bans the wearing of niqabs in schools