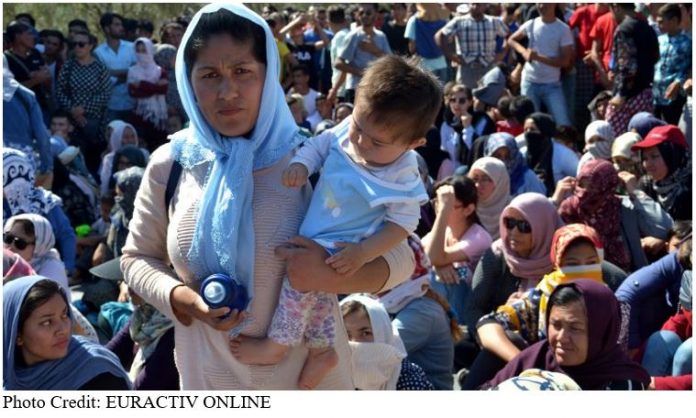 Most people around the world have had the experience of leaving their place or origin, some will only move as far as the next village or city. But for some people, they will need to leave their country entirely – sometimes for a short time, but sometimes forever, depending on the given situation to seek refuge or asylum. These terms ‘refugee, internally displaced person (IDPs)’ and ‘asylum seekers’ are sometimes used interchangeably because they  have some similarities, .  However, there are important differences among these statues.

Who is a Refugee?

According to 1951, Geneva Convention: a refugee is defined as someone who has fled their country due to a “well-founded fear of being persecuted for reasons of race, religion, nationality, membership of a particular social group or political opinion”. Anyone, anywhere, who satisfies this definition is a refugee and therefore someone entitled to the rights and benefits set out in the Convention. While Internally Displace Person (IDPs) faces a similar danger that a refugee, the only difference is that these groups have not crossed international borders, they stay within their country while the refugee crossed international borders.

Legally speaking, the 1951 Convention and Protocol Relating to the Status of Refugees defines refugee as “someone who is unable or unwilling to return to their country of origin owing to a well-founded fear of being persecuted for reasons of race, religion, nationality, membership of a particular social group, or political opinion

Who is an Asylum Seeker?

According to Amnesty International’s definition, an asylum seeker is a person who has left his/her country of origin and is seeking international protection from persecution and serious human rights violations in another country, but who hasn’t yet been legally recognized as a refugee and is waiting to receive a decision on their asylum claim. Seeking asylum is a human right. This means everyone should be allowed to enter another country to seek asylum. Every year, around one million people seek asylum, although national asylum systems are in place to determine who qualifies for international protection.

DIFFERENCES  BETWEEN A REFUGEE AND AN ASYLUM SEEKER

Asylum seekers are seeking the right to be recognized as refugees and receive legal protection and material assistance. An asylum seeker must demonstrate that his or her fear of persecution in his or her home country is well-founded.

ELIGIBILTY FOR ASYLUM OR REFUGEE PROTECTION

If you are from a country where you have undergone persecution, or you have a well-founded fear of being persecuted if you return to that country in the future, you might decide to seek either refugee protection or asylum.

An applicant for such protection needs to show that he/she is a victim of past persecution or have a fear of future persecution.  It is crucial to prove that one was persecuted.

The persecution must be based on at least one of the five grounds and here they are:

What does persecution mean?

Persecution is defined generally as, the infliction of suffering or harm, or a serious threat to your life or freedom. Harassment alone is not enough, but things like death threats, torture, imprisonment, constant surveillance, pressure to join a group engaging in illegal activity, interference with your privacy, family, home, or correspondence, or discrimination in matters like housing, education, or passport issuance are all examples of persecution.

The persecution of refugees or asylum seekers does not only come from one’s government, refugee law also recognizes persecution by groups that the government is unable to control.

The persecution should have some political or social basis or criminal network.

Does it matter if a person is a refugee or an asylum seeker?

Although refugees and asylees (a person who is seeking or has been granted political asylum) are similar when it comes to their rights and protection, they have a major difference.

In America, asylees may apply for a green card one-year after the approval of their application for asylum and may apply for citizenship four years later.

Like refugees, asylees have the right to remain in their home countries for an indefinite period until it is safe for them to return to their home country. As a practical matter, a safe return is not possible for most refugees and asylees.

What happens if conditions have gotten better at home

Many a times, people believed that if one fled from their country of origin to another as refugees or asylum seekers, they should return if the condition in their country gets better.

Here are some detailed information on whether or not they should return.

For example, if everything you owned was destroyed, or you would face severe emotional trauma upon returning, or you would remain a social outcast even if you didn’t face persecution, you might qualify for humanitarian asylum.

Explainer: Who is Eligible and How to Vote in Gambia Elections?