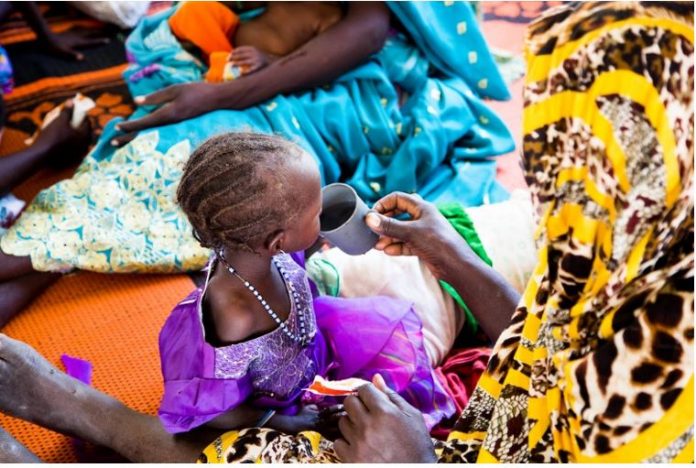 Refugee, as defined by the United Nations High Commissioner for Refugees (UNHCR), is a person who fled war, violence, conflict or persecution and has crossed an international border to find safety in another country.

Refugees often flee with little more than the clothes on their back, leaving behind homes, possessions, jobs and loved ones.

Refugees are defined and protected in international law. The 1951 Refugee Convention is a key legal document and defines a refugee as: “someone who is unable or unwilling to return to their country of origin owing to a well-founded fear of being persecuted for reasons of race, religion, nationality, membership of a particular social group, or political opinion.”

By the end of 2017, there were 25.4 million refugee men, women and children registered across the world, according to UNCHR.

Protecting refugees is the primary responsibility of States.  Countries that have signed the 1951 Convention are obliged to protect refugees on their territory and treat them according to internationally recognised standards.

UNHCR’s main role in pursuing international protection is to ensure that States are aware of, and act on, their obligations to protect refugees and persons seeking asylum. However, UNHCR is not a supranational organization and cannot be considered as a substitute for government responsibility.

Signatory states of UNHCR are committed to ensuring that the right of refugees:

Is Gambia a signatory state to the 1951 Convention

The Gambia is also a state party to the 1969 Convention Governing the Specific Aspects of Refugee Problems in Africa which is also known as the OAU Convention.  The country is also a signatory to the 2009 African Union Convention for the Protection and Assistance of Internally Displaced Persons in Africa (the Kampala Convention).

Aside from signing the 1951 Convention, The Gambia has also adopted the Refugee Act in 2008, which created the Gambia Commission for Refugees, fully operational since 2012.

Is Gambia meeting up its obligation in protecting refugees?

During the 1990s, several thousand refugees fleeing civil wars in Liberia and Sierra Leone sought protection in The Gambia. Most refugees in The Gambia are from neighbouring Senegal’s Casamance region, where a low-intensity independence conflict has been ongoing since the 1980s.

For many years, these refugees moved back and forth between Senegal and The Gambia depending on the state of the conflict.  In 2006, however, a large number settled in The Gambia and were issued refugee identity cards for the first time.

The Gambia is generally seen as a country with fairly advanced legal refugee protection mechanisms and well-developed forms of self-settlement.

As of July 2021, the refugee and asylum seekers population in The Gambia is 4,124, and the majority of these are settled in the rural areas and few are in the urban centres, according to official statistics.

Generally, in The Gambia, refugees and asylum seekers co-exist in harmony with the local communities, and they are accorded access to the same opportunities to participate in socio-economic activities as well as access social services as their Gambian national counterparts.

Factsheet: Gambian Passport Holders Can Travel to 70 Destinations without Visa