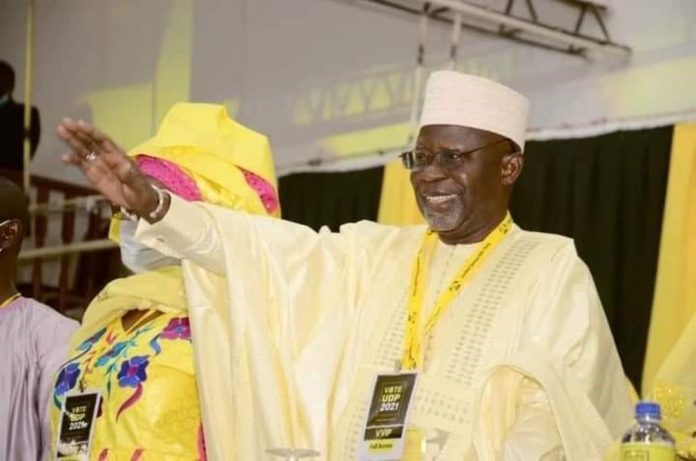 During the 2016 presidential election campaign, Barrow made a campaign promise that if elected, he would serve for only three years, instead of constitutionally mandated five years. He would then preside over a fresh election on a levelled-playing field in which he would not participate. This promise was premised on the agreement he had with seven political party leaders and other independent candidates that backed him.

According to the agreement, the president should resign in January 2020 having been sworn in as president of the Gambia in January 2017. But Barrow reneged on the promise.

The United Democratic Party, where President Barrow emerged from, initially backed him to stay for five years but later changed position after a fallout.

‘3 Years Jotna’ meaning three years is up, a pressure group set out to put pressure on the president to honour his pledge staged two protests between December 2019 and January 2020. The first one was held on the December 16, 2019 while another which turned violent and injurious took place on January 26, 2020.

The security forces barricaded the road on the outskirts of Banjul before releasing tear gases in the air. More than one hundred protesters and the leaders of the pressure group were arrested while many others sustained serious injuries before the crowd dispersed.

On November 11, 2021, President Barrow held a night campaign rally in Farafenni discussing various subjects, including his fall out with the United Democratic Party members in his cabinet. He claimed that they have been giving him a tough time since his election and dismissing them had given his government the liberty to govern the country.

“These people gave me a tough time. They have started fighting me since 2017. I haven’t enjoyed peace since 2017…that is why I dismissed them from my government. They claimed that my government would collapse without them but my government has become better without them. The Gambian people need a hard worker. When they left they set up another plan by setting up Three Years Jotna in this country. My own father Alhagie Ousainou Darboe was the Chief Executive of Three Years Jotna. But when I gassed them they ran away. I told my security chiefs that it is only when a fight takes longer you identify who the real men are. Since that day, Three Years Jotna disappeared in this country. It is like it had never existed before,” said Barrow.

Before the first protest was held, the UDP leader Darboe was quoted by Foroyaa newspaper disassociating the party with the planned protest. “We’re asking Barrow to execute his promises he made to the electorate. We’re not asking anybody to go out and protest. We UDP don’t believe we should ask anybody to go and protest.”

“What I agree on is what was agreed on during the formation of the 2016 Coalition. President Adama Barrow needs to be faithful to it. UDP surely is not coming out to support ‘3 years Jotna.’ We are just calling on Barrow to fulfil the promise he made to the Gambian people.”

Conclusion: There is no publicly available information linking the pressure group to Ousainou Darboe or his party.

Verdict: The claim is false.

Gambia to Vote in President on December 4, What Covid Measures in Place?